ABOUT STOYAN KAMBAREV
A creator and a magnetic personality,
for whom the theatre was raised to a cult...
ABOUT HIM   •   BIOGRAPHY   •   PUBLISHED BOOKS   •   PRESS PUBLICATIONS   •   GALLERY   •   SPECTACLES 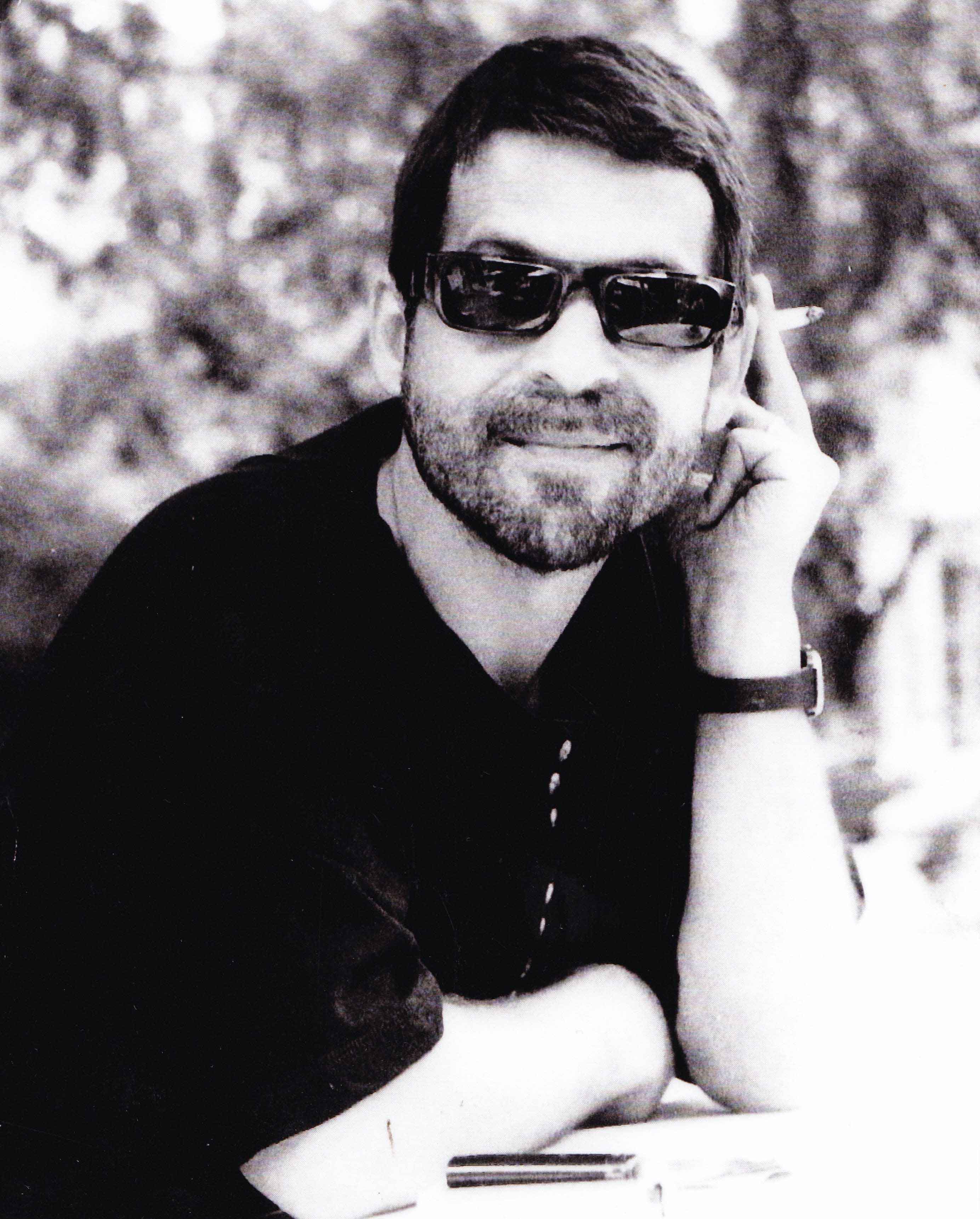 The Foundation is named after Stoyan Kambarev (1953 - 1998), who was recognised as one of the most iconic theatre directors of the 1990s, somebody who displayed his unique and multifaceted talents through his work - a creator and a magnetic personality for whom the theatre became his way of life and raison d'etre.
His performances impressed both theatre critics and ordinary audiences. A loner, consumed by creative vitality, Stoyan Kambarev was characterised by his own style and morality, and he never complied with theatrical dogma. He entered the well oiled theatrical machine where he exploded with energy, talent and mathematical precision, and as a result, his metaphysical performances were born.

The end of 2008 marked 10 years since the premature loss of Stoyan Kambarev, inspiring a circle of friends and associates to establish this foundation and thus continue his mission.

THE THEATRE ... Is a solitary activity. In this solitude one discovers lost truths, emotions, worlds that you’ve never experienced ... It is carefully arranged chaos ... It is a memory and a life ... It’s never a death.

THE PERFORMANCE ... It brings you closer to the lone worlds of other people, tempted by the theater play ... somewhere in this crazy, painful loneliness something is being born. Something you love. Something that other people need. ... Denial of the theatrical orderliness ... Here, incomparable things can easily happen simultaneously. ... The petty and the unnecessary constantly have to "hang at the feet" of the main action; secondary characters do not need to know who is the main character and whatever is in the main show, and the main character must avoid standing at the center of the stage, and in the foreground precisely. ... In the development of the individual cast lines the apparently superfluous details should be reached: As if each character is the only one and the most important in the show, and then trying to overtake inappropriately, rudely, disturbing the others, competing, instead of being best comrades to cooperate in the name of the complete and final victory over boredom, or the big idea.

THE CHANCE ... The structuring factor that fills me with confidence. This sweet transvestite that so often puts on the clothes of regularity... The most important driver of the stage action and the motivation of the individual characters.

THE IDEAL PERFORMANCE ... In front of us is a solid wall and the action takes place entirely behind her, and we do not hear and do not see much.

THE PERSPECTIVE (the viewing point) ... It should be the morst inappropriate, the most alarming. This creates a feeling of authenticity. Not everything can be seen, not everything can be heard because a lot of things are happening simultaneously. Placed in a similar situation, the viewer just has to make a choice. He is free.

THE MESSAGE ... I am definitely avoiding any kind of messages. ... I never liked to send messages because the theater is the life happening here and now. It is therefore a perishable art ... There is a certain dose of charm in the mortality of the theater. It ends with the memory and the memory is part of human life. The theater is memory and life, never death.

THE AUDIENCE ... extremely diverse female creature that respects the male behavior. ... I think that the show is not done for the audience in particular.

THE SPACE ... entirely generates the performance, including the text.

TEXT ... I've always dreamed of a play that finally arises within the course of the rehearsals.

THE REHEARSALS ... I love rehearsals. They are the only time in which I'm searching. I love that feeling of insecurity, a curiosity, which overwhelms me here and now. At such times I am like a kid who wants to try out all the games in the world. ... The Rehearsal. I love it and at the same time I am afraid of it. It fascinates me, excites me, sharpens my senses to the extreme, and makes me happy. The Rehearsal - the essential experience in the theater.

THE ACTORS ... The children are the most spontaneous creatures of the world. After them come the actors. ... You are at the same time the actor and the excited spectator, same like in your dreams. The theater is a dream game with a beginning and end. I love the end of a show because for me it is always the beginning of my next travel through the human nature.