The internationally renowned Italian producer Osvaldo De Santis has been the President of Twenty Century Fox, Italy for 33 years. He has also been the CEO of TV SKY. As of this year, he has taken the position of Chief Consultant of Paramount Pictures in Italy. Throughout his impressive career he has worked on films like Titanic, Avatar, Star Wars, Ice Age and many other masterpieces, which have shaped the modern cinema industry. Osvaldo De Santis was a guest of honor at "Stoyan Kambarev" Foundation's 10th Official Grand Prize Ceremony, which took place in Sofia in 2019. It is a great privilege and honor for young Bulgarian filmmakers, that Osvaldo De Santis will be the Chairman of the international jury for The 355 Film Award. 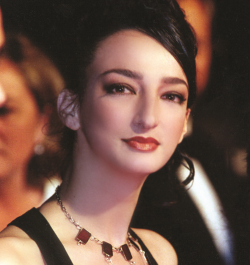 Dessy was only fourteen years old when she made her film debut. Since then she has more than 35 movies, including big international productions. She is the first BG actress to represent her country at the most prestigious world film fest in Cannes , with a lead role in a movie from the official selection - The Proffesion of Arms. One of her latest films is Saving My Pig with Gerard Depardieu. Since 2000 her production company NOVA Film has completed and produced over 90 art projects for the BG and international market - Feature Films, Short Films, Documentaries, Theatre,TV Shows, Commercials, Music Videos&Albums.. Dessy is a director and writer of some of them. She is the Founder and Chairman of the Stoyan Kambarev Art Foundation. Since 2016 she is based in London, when she has established a new production company MOON FOX. 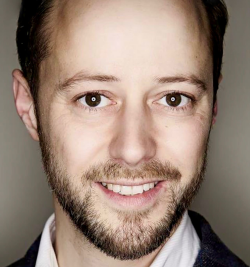 Fabian Gasmia is renowed as one of Europe’s leading film producers. He is an alumnus of Filmuniversität Babelsberg, Atelier Ludwigsburg-Paris, and ACE. He entered the international co-production arena with DETAiLFILM, co-producing numerous award-winning films that played at festivals worldwide and sold all around the globe, including PERSONAL SHOPPER - which won Olivier Assayas Best Director in Cannes -, L'AVENIR - which won Mia Hansen-Løve a Silver Bear as Best Director in Berlinale competition -, and Léos Carax' ANNETTE, which is opening Cannes 2021 in Official Competition. To further strengthen his reach throughout Europe, he started a joint-venture with Lars von Trier's Zentropa Entertainments in 2015 before initiating artist-led production house Seven Elephants in 2018. Fabian serves as vice president of the Franco-German film academy and board member of Berlin's film-school dffb. He teaches regularly at film schools and is a frequent guest speaker at international panels. 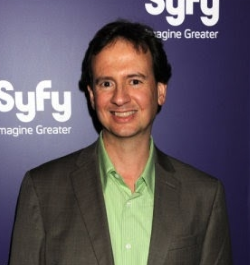 Thomas P. Vitale has been Executive Vice President of Programming & Original Movies for Syfy and Universal Television for many years. Tom is one of the prolific executives in broadcasting, shepherding over 1000 television movies and many series during his twenty-year career at Universal. Presently Tom P Vitale is executive producing a new TV series, PANDORA for The CW Television Network (CBS and Warner Bros) to be shot in Bulgaria. 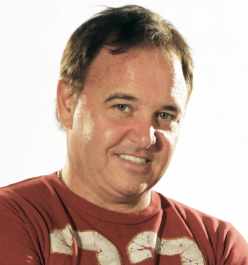 Phill Roth has produced, written and directed over 100 feature films including APEX one of the most successful theatrically released micro budgeted Science Fiction in 1993. His films have been distributed by Universal, Warner Brothers, Sony, Paramount, Columbia-Tri-Star.. He was one of the earliest innovators in digital special effects technology, setting up his own in-house facility in 1989, becoming one of the first filmmakers to use PC platforms in the execution of feature film digital special effects. His technology was eventually adapted by James Cameron's Lightstorm Entertainment to execute the digital effects production on Titanic. Roth has built one the largest independent studios and back lots in Bulgaria, UFO Film and Television Studios. 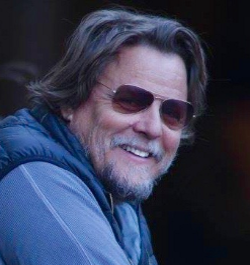 Don Michael Paul’s freshman script was, Harley Davidson & The Marlboro Man. Then a 4-picture deal with MGM for Public Enemies and the adaptation of the award-winning depression era novel, Night of The Hunter. Don went on adapt bestselling author John Gilstrap's Nathan's Run for Joel Silver. He has written for Barry Josephson, Jordan Kerner, Stephen J. Cannell, Aaron Spelling, and been commissioned to do TV pilots for ABC, CBS, FOX and UPN. Over the last 11 years, Don Michael Paul has become one of Universal's 1440 Divisions most successful and prolific directors with some of their highest rated movies with their Netflix premiers. 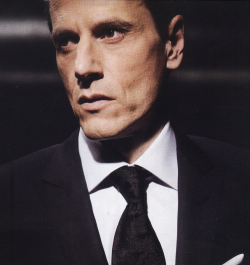 He graduated cinematography and directing from the National Academy for Theatre and Film Arts. In 1999 he created his production company ARS Digital Studio. Chairman of the Association of BG Cinematographers, Vice President of the European Federation of Cinematographers (IMAGO) (2008-2015). He is a member of the National Cinema Council and takes part in the realization of over 15 feature, 37 documentary and 45 TV films. His most recent projects are The Woman of My Life BANA, BARTER, The Interpreter of Black & White Films, Citizen-Cinema, Twinning which participated in many festivals such as Moscow, Venice, Bucharest, Cyprus.. Ivan is a multi award- winning cinematographer. He is a member of the jury of the IMAGO International Awards for Cinematography. 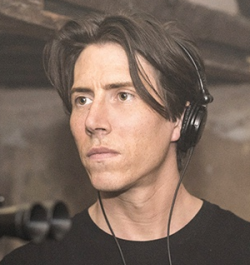 Ben’s feature debut ‘Set The Thames on Fire’, opened in cinemas to worldwide critical acclaim. The BFI remarked that he has crafted distinctive, admirable work that seems to have emerged from the unseen margins of British cinema. In 2020, Ben’s psychological horror Father of Flies, was in the Official selection at Raindance. The film is being released internationally in 2022 and has been selected for numerous international festivals- Hollywood Film Festival, Raindance London and Awarded BEST FEATURE at Buenos Aires Inter. Film Festival. In 2020, Ben produced A Bird Flew In. The film won BEST INTERNATIONAL FEATURE at Evolution Mallorca Inter. Film Festival 2021and ‘Best International Feature’ at Capri / Hollywood Film Festival 2021. Furthermore the movie was nominated as BEST UK FEATURE FILM’ at Raindance 2021. In 2021 Edwards produced the feature documentary Quant which opened in competition at The BFI London Film Festival and is currently on theatrical release. 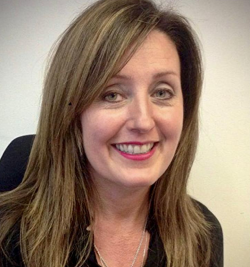 Kirsty Bell is the founder and driving force behind Goldfinch, Kirsty is that rarity of being both a qualified lawyer and accountant. Passionate about independent film and well aware of the financial difficulties that producers face, she founded Goldfinch with the aim of helping independent filmmakers. Since then, Goldfinch has enabled multiple film and TV projects and has assisted over 12 first-time directors to fly. In 2020, Kirsty made her directorial debut with A Bird Flew In. The Capri Hollywood Film Festival awarded her BEST EUROPEAN DIRECTOR and the film was nominated for BEST UK FEATURE FILM at Raindance 2021 and BEST INTERNATIONAL FEATURE at Evolution Mallorca International Film Festival 2021. In 2021 Kirsty also produced the feature documentary Quant which opened in competition at BFI London Film Festival and Father of Flies which opened at Raindance 2021 and is being released internationally in 2022.

Mark Summers is a multi-award winning international Casting Director. His productions have won honours including BAFTA, EMMY, The Lions, MTV, D&AD, The British Arrows, BTAA, Tribeca, Brits and the MOBOs. Mark specialises in a broad range of content film, commercials, TV, fashion, street casting, dance, fashion, voice-over, music videos, documentary, branded content and much more. He also represents some of the world's leading Choreographers, Actors and Dancers. In 2010, Mark Summers was also made an Honoured Friend of LIPA as presented by Sir Paul McCartney. His agency is with over 20 years experience in the industry and now is considered to be one of the leading Casting and Management companies in the world. 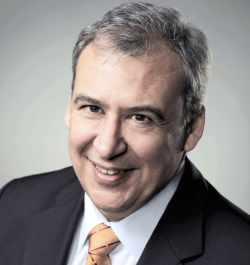 Prof. Dr. Stanislav Semerdjiev is CILECT Executive Director since 2011 (Vice President 2002- 2010). He founded the first undergraduate, graduate and doctoral Screenwriting Programs at the National Academy for Theatre and Film Arts (NATFA), Sofia, Bulgaria (1991). He created the first Bulgarian long-running TV serial Hotel Bulgaria (2004). His hybrid film The Hamlet Adventure (2008) as well as his feature Time Is Ours (2018) have been widely acclaimed and awarded. He has been script-editor, screenwriter and/or producer for a number of European projects. President of the Bulgarian Association of Film, TV and Radio Scriptwriters (BAFTRS, 2006-), Board Member of the Federation of Screenwriters in Europe (FSE, 2007-2015), Rector of NATFA (2003-2011, 2015-). 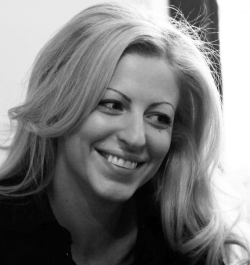 Valeria Stefanova-Stoykova has graduated the Bulgarian National Film Academy and specialized in New York Film Academy. She started her career as a filmmaker in 2004 as executive producer in a US production company based in Bulgaria UFO Film and Television Studios. Valeria has produced over 30 feature films for the Bulgarian and international market (20th Century Fox, Lionsgate, Universal, Warner and Columbia Tristar) before turning her career to the advertising business in 2009. Since then she has been producing over 300 commercial videos for international corporate clients such аs Lidl, Actavis, Heineken, OMV, Raiffeisen Bank, Sony.. In 2014 she founded MatchPoint Production, established as one of the leading production companies in the contemporary Bulgarian market.

Jeffery Beach has over thirty years’ experience in international sales, production and film marketing, Beach was Vice President of International Sales for Sunset Films. Later he established Royal Oaks as one of the premiere independent production and distribution companies that morphed into Franchise films, the first "A" list independent production company and licensor. Jeffery Beach became a partner in UFO Films and TV Studios in 1997 and has to date produced over 100 features for all major studios - Universal, Warner Brothers, Sony, Paramount, Columbia-Tri-Star amongst others.